Weekend after weekend the arenas and stadiums around the globe get filled up with sports enthusiasts and fans. Most visitors focuses on the action at the field. The large video cube gives orientation when the match become emotional. Nobody wants to miss the information provided by the large video cubes.

Can mimoLive power a jumbotron screen?

A video cube in the largest sports arena is powered by massive Jumbotrons screens. At Schalke Arena in Gelsenkirchen, one of the most modern stadiums in Germany, the video cube consists out of eight large screens in total. Two massive screens per side.
mimoLive powers these massive screens with in-game graphics and animations. The production team can adapt quickly to unforeseen events on the field and the audience in the stadium gets information in real-time from the large screens.

Customize graphic elements to your design or corporate identity (CI). Create your own layout of layers, including advanced settings, and even automation.

Sports Graphics package contains a set of data sources and layers that work together to provide various graphical elements for a sports broadcast. 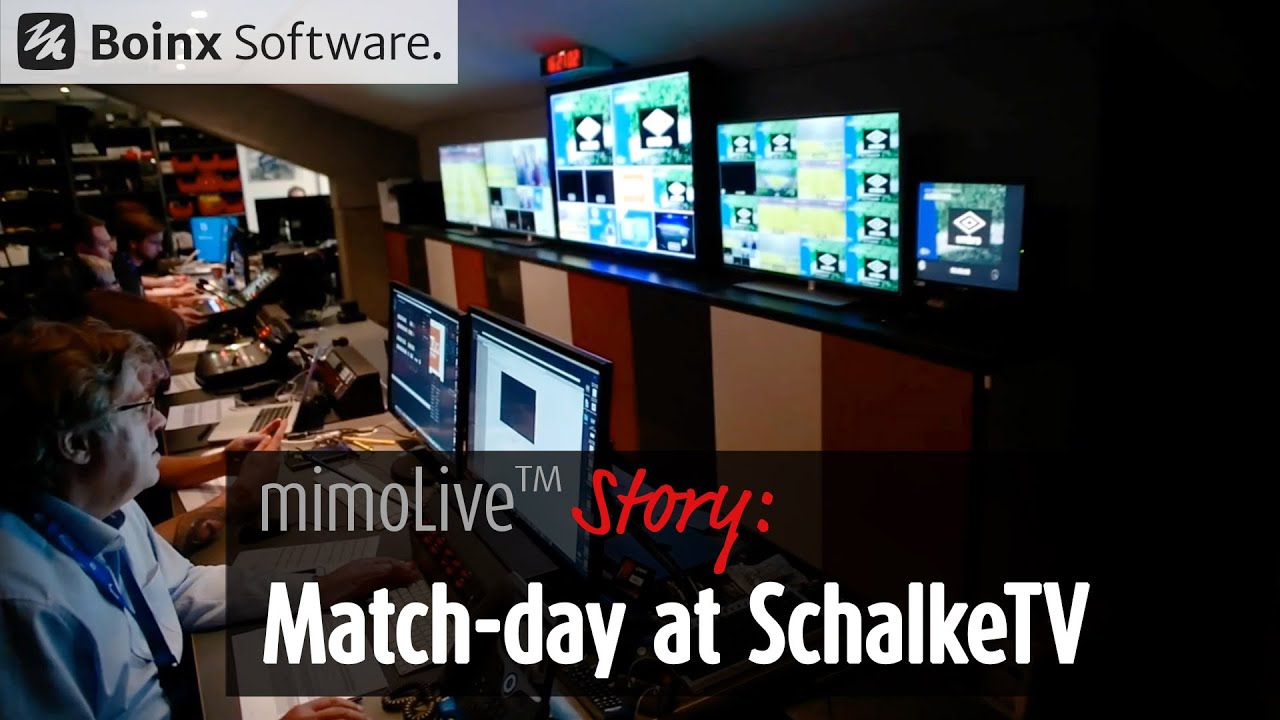 The challenges of live productions

Time is the crucial factor in every live production. There is no such thing as post-production under live conditions. Every action interacts immediately with the live stream and that puts lots of challenges on the table.

What does mimo stand for?

What makes it unique?

Combine these three elements and you will get, mimoLive™, the best way to describe the characterizes of the live video editing and streaming software developed by Boinx Software.