The Audio Only layer injects audio input from an Audio Source,
a Video Source, a Media File Source or from a Media Playlist Source into the program out. While being active, its preview displays the waveform of the incoming audio signal. The Audio Only layer will automatically be added when dragging an Audio Source, a Media File Source containing an audio file or a Media Playlist Source containing only audio files from the Sources Repository to the Layer Stack.

Selects the source whose audio input gets injected into the program out through this Audio Only layer. 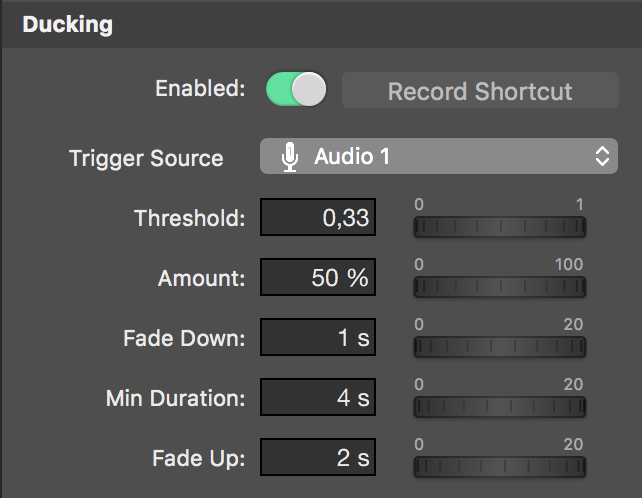 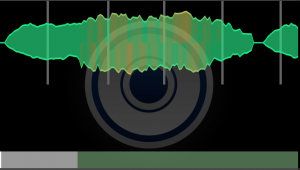 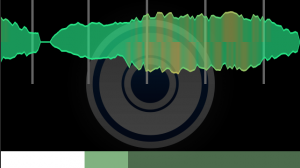 As soon as there is an audio input from the trigger source, the metering bar will display its volume level in white and light green. As can be seen in the screenshot above, the point at which the trigger source volume crosses the threshold and the ducking starts to take effect can now easily be identified as the right end of the now white volume range.