Starting with iOS 9, you can connect an iOS device via USB Lightning cable to your Mac and receive the live screen on your Mac. mimoLive allows you to use this so you can use the iOS device as a video source. This is useful for recording screen casts of iOS apps or using the iOS device as an external camera.

If you want to use your iOS device as a video camera we build a special iOS app called mimoCam that helps with that.

*Using Multiple iOS Devices
Apple currently supports only one iOS device to be connected to mimoLive via Lightning cable at once.

Once your iOS device is connected to your Mac with a USB Lightning cable the iOS Device Video Source will get enabled and you can drag it to your sources list. *Lightning Cable
Although there is no official confirmation, empirical testing shows that a genuine Apple Lightning cable is required for this to work reliably. 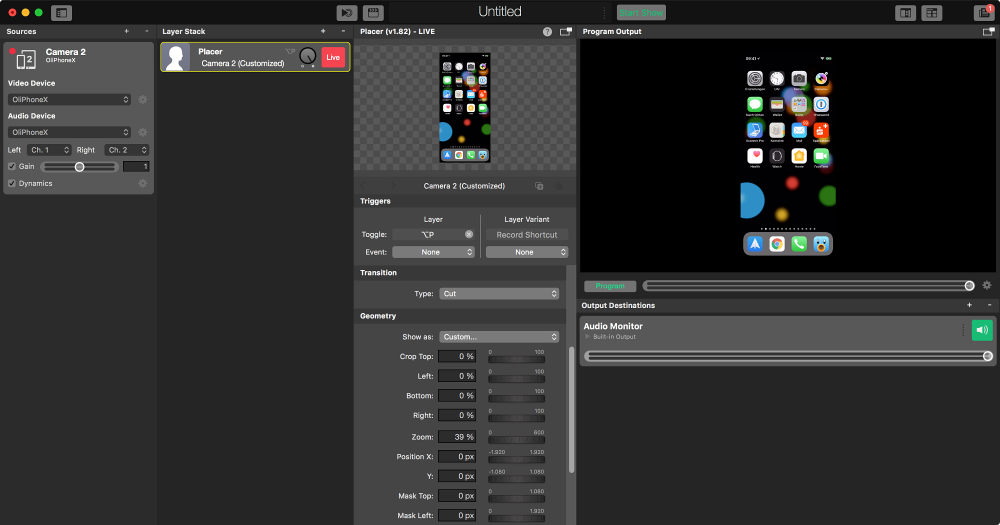 Using iPhone as a webcam
mimoCam