What is a lower third?

A lower third is an overlay of text and graphical elements placed on top of video content to give the audience extra information. Because this overlay appears commonly in the lower third of the screen, it is called lower third or lower thirds. This might seem trivial, but their necessity is clear when they’re used poorly or missing altogether which can confuse the audience. 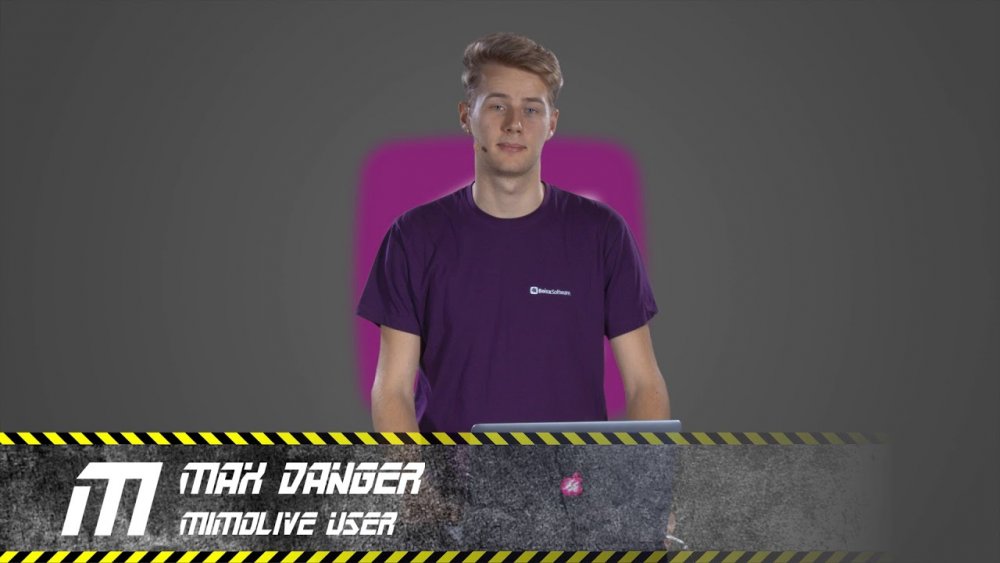 Adding a lower third layer to a mimoLive document 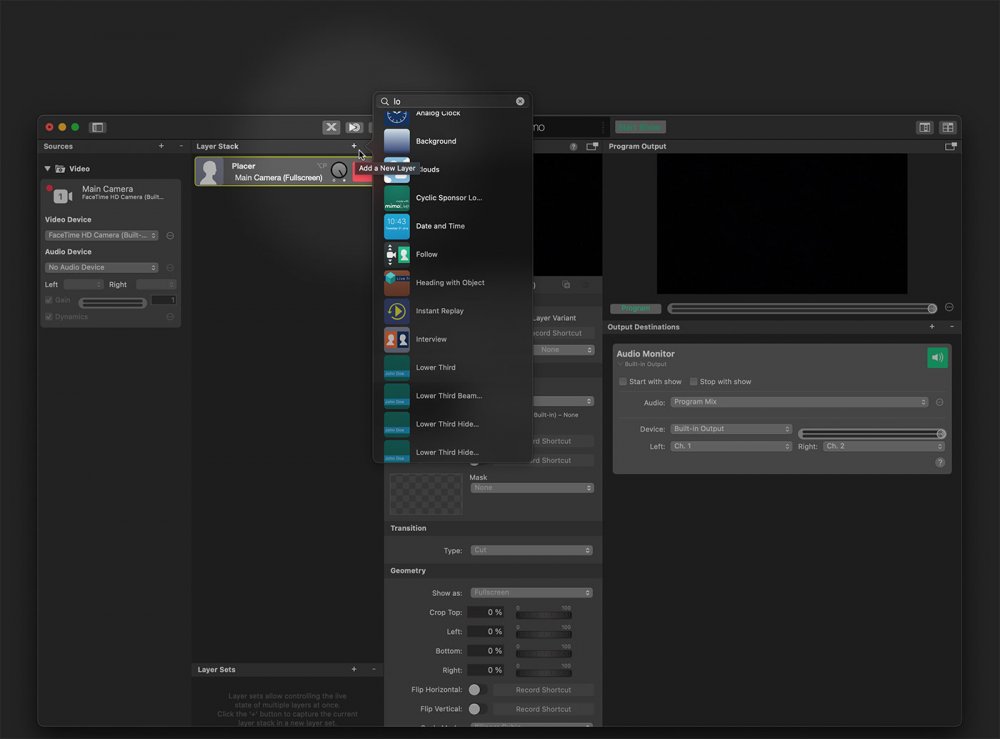 Set up the Lower Third layer

Fill in a Title and a Subtitle in the Content section. If you want to you can leave the Subtitle field blank in order just to present one line of text.

In the Animation section of the parameters, you can define the timing and type of animation you want the lower third to appear and disappear. For the transition animation there are the following options: Cut, Dissolve, Push, Wipe From Left To Right and Wipe From Right To Left. The speed of the transition is controlled by the Duration parameter. If you want the text to appear later than the background graphic you can delay the text with the Text Delay field.

Usually, the lower third disappears with the reverse animation of its appearance. However, by the Outgoing parameter, you can specify a different animation for the disappearance.

*Get creative!
We highly encourage you to play with the graphical design parameters for the lower third. The possibilities are endless and so you can create your very unique style of a lower third for your show with only a view clicks. Please also check out the Lower Third Playground template to see some awesome designs.

The type of Background of the lower third can be set by the Type parameter in the Background section. You can use a Custom Color, a Gradient Left To Right, a Gradient Top To Bottom, a Custom Image or the Frosted Glass effect.

*A custom image can also be a custom movie!
If you want to have a fancy animated background you may create the animation in a 3rd party animation tool (like Adobe Aftereffects) and import the animation as a movie into mimoLive. Use this movie as the source as a “Custom Image” background. Learn more here: Creating Animated Lower Thirds With Adobe After Effects

In the Appearance section, you will find all sorts of parameters to control the look of the text in the lower third: You can adjust the font face, font size and color as well as the Kerning for the title and the subtitle individually.

If the text ist barely visible you can increase contrast by adding a drop shadow. If the Drop Shadow option is switched on you will get even more parameters to play with: Color of the shadow, its blurriness, the distance and a direction.

All the parameters in the Geometry section let you set up the position and size of the lower third. If you want you can control those parameters by direct manipulation in the layers preview area.

To get more life into your lower third you can add an animation background in the Background Animation section. It works best if you choose a seamless tileable image. The parameters Translation X, Translation Y and Rotation can be used to control the movement of the background image over the lower third background. The Opacity value lets you set up the transparency of the animated overlay.

*You can switch off the Rotation and the Translation Y by entering a zero into their input fields in order to get a background that moves horizontally only.

The lower third can be set to a “shoot and forget” mode with the Type parameter in the Control section set to “Auto”. In this case, the lower third will be presented for the duration you specify in the Text Duration field below. If you switch the Type to Manual then you need to switch off the lower third by yourself.

If you happen to have a long list of speakers at your conference or need to display names of different members in a talk show it makes sense to first set up a master lower third and then adds multiple variants to it.

In the Remote Control Surface this list of layer variants gives you a nice preset to create a control interface instantly with all the names on it:

How does one change the positioning of the lower third? This help file says one can do it in the Geometry section. But my version of MimoLive does not show a Geometry section for the purchased license of Lower Third Pack 1. The only parameter sections are Triggers, Licensed, Control, Content, and Appearance. Thanks for any insights if I'm missing something.