Why does audio and video sync matter in mimoLive?

The sync between audio and video is essential to any video production. Your audience will notice if the video signal and the audio signal aren’t played back at the same time at their playback device.

The problem of keeping audio and video in sync arises from the fact that those signals are processed individually in mimoLive because they may come in from different hardware sources with different signal delays. Video cameras tend to have more latency in the signal because of buffering and the complex compression process of the video signal. Where as audio signals usually are processed with low latency. So we need to make sure in mimoLive to sync back audio and video to accomplish the perfect experience for your audience.

There are two ways to fix this sync problem:

We designed a layer called “AV Sync Meter” that will help you in figure out which signal either audio or video is delayed.

For your convenience scan this QR code on your mobile device to start the download of the video: 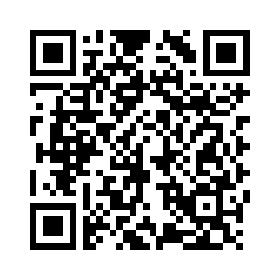 What to do if audio is to early and video is delayed? 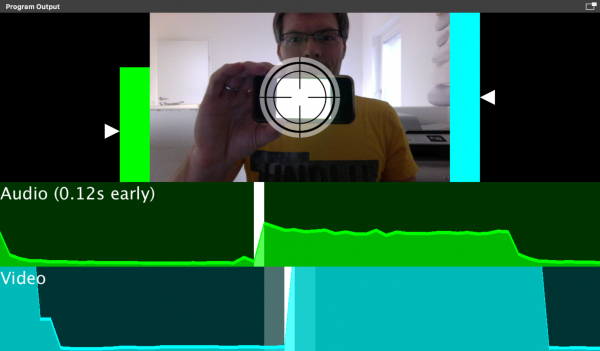 Now your audio should be in sync with the video. For verification do the measuring with the AV Sync Meter Layer again.

What to do if video is to early and audio is delayed?

Actually this should be rarely the case. However mimoLive has an option to delay a video as well. 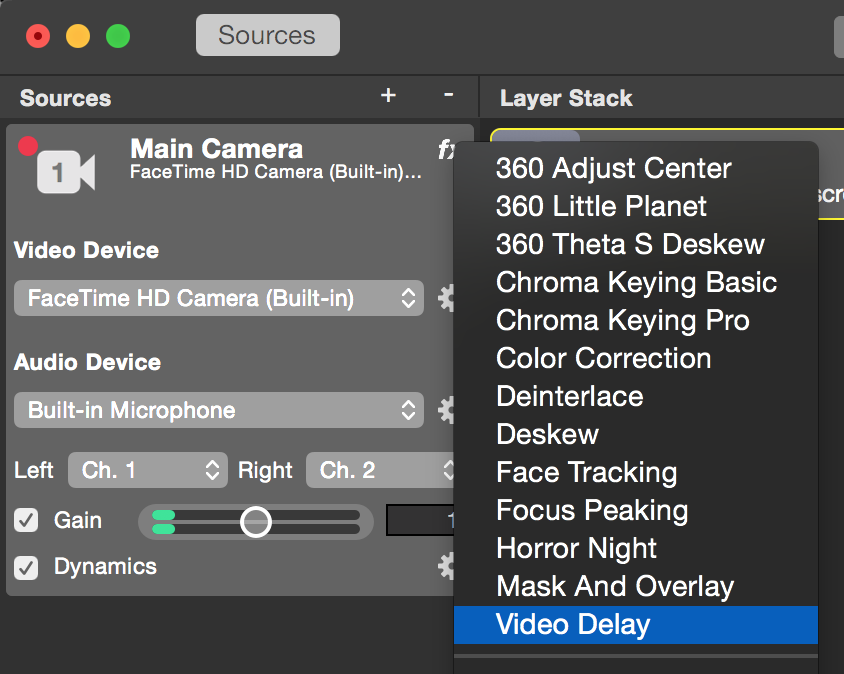 You may want to do your Audio Video Sync test again to make sure that the audio and video is in sync now.