The Media Playlist Source in mimoLive plays multiple media files one by one. Because it’s a video source you can assign it to any layer that works with video sources. If the playlist contains video files, by default a Placer Layer
is inserted when you drag a source to the Layer Stack.
If the playlist consists of only audio files, the default is an Audio Only layer.

Setting Up The Media Playlist Source 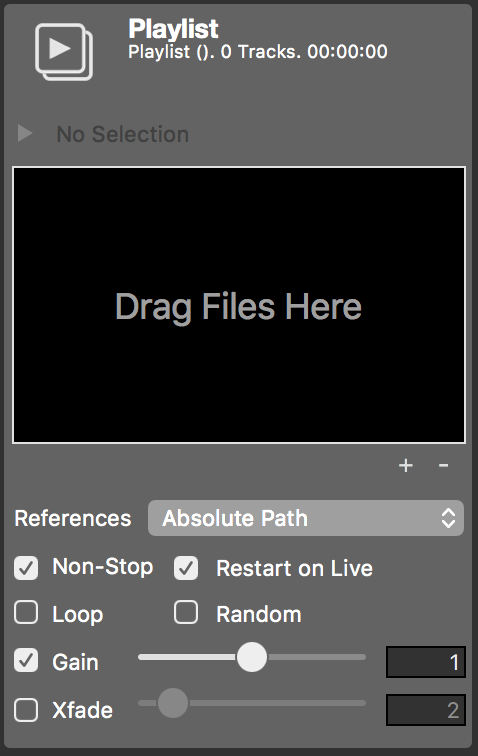 *Controlling the Reference Mode with Option and Control key
When adding media files by dragging from the Finder to the mimoLive Source Repository, you can hold the Option or Control key to force the Absolute Path reference mode. This comes especially in handy with large or many files that you don’t want to copy to the document.

When you have multiple commercials that you want to play in a row, enable “Non-Stop” and disable “Loop” so that the commercial break will stop automatically once all commercials have been played.

When you want to present footage videos one by one in a live show, disable the “Non-Stop” option. When you put the Media Playerlist Source into your layer stack with a Placer Layer this layer will switch off automatically once a single movie has played. The Media Playlist Source automatically advances to the next media file when it is activated again.

Another common usage is the playback of ambient music. Add as much audio files to the Media Playlist source as you like, set it to play “Non-Stop”, “Loop” and “Random”. When using the Playlist Visualizer layer in conjunction, it will show the meta data of the audio files.

After this setup you can drag files to the drop target labeled Drag Files Here. The Media Playlist Source can play back movies and audio files. The media files will appear in a list. You are free to rearrange the media files or remove them with the x button which appears while hovering over a media file.

The + button below the list lets you add media files by choosing them in a file dialog.
Clicking on the – button will remove the selected media file(s). 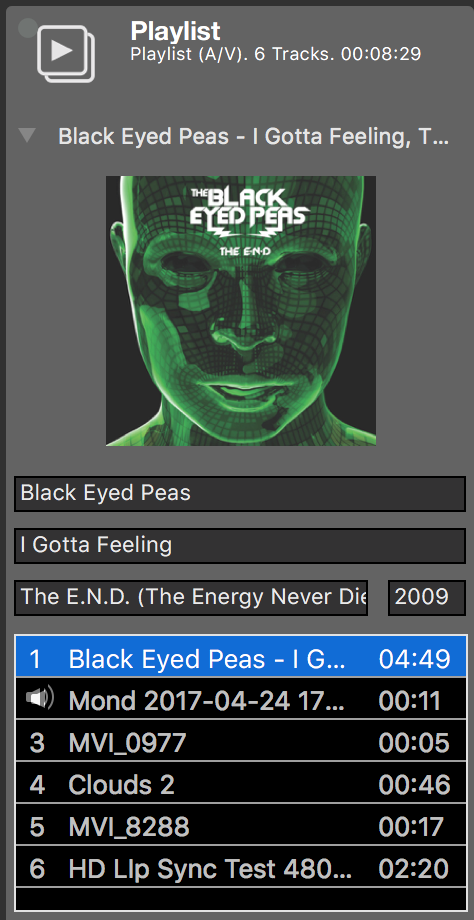 Once you selected a media file in the file list you can reveal more detailed information by clicking on the triangle disclosure button above the list. The info panel shows either a movie preview or the cover artwork contained in an audio file. You can edit the author, title, album and year. This data will be used in the Playlist Visualizer layer.