The Video Source combines and video device and an audio device. 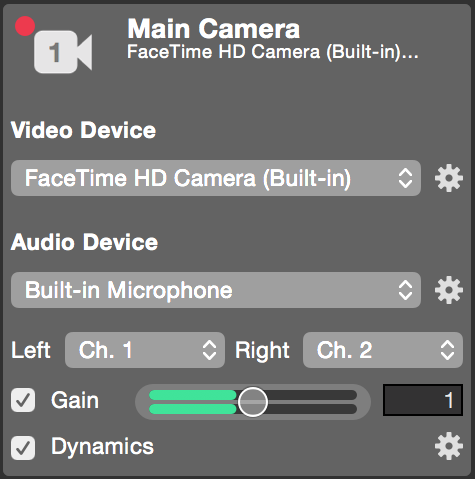 *The Video Source supports all input sources via macOS APIs. This means that a device is supported if:
a) it doesn’t require a driver because it is supported by one of the macOS built-in drivers,
b) the vendor supplied a driver for modern macOS APIs.

Using a camera with HDMI output, like a video camcorder, a DSLR or grabbing the video output of a PowerPoint presentation using a laptop requires the use of an HDMI video input device.

The following devices are great for capturing HDMI through Thunderbolt:

There are now a number of USB 3 devices that don’t require a driver to be installed:

If you plan to use a DSLR camera, please make sure that the following applies to the model you want to use:

For SDI cameras, you will also require a capture device. The following devices work quite well with mimoLive: 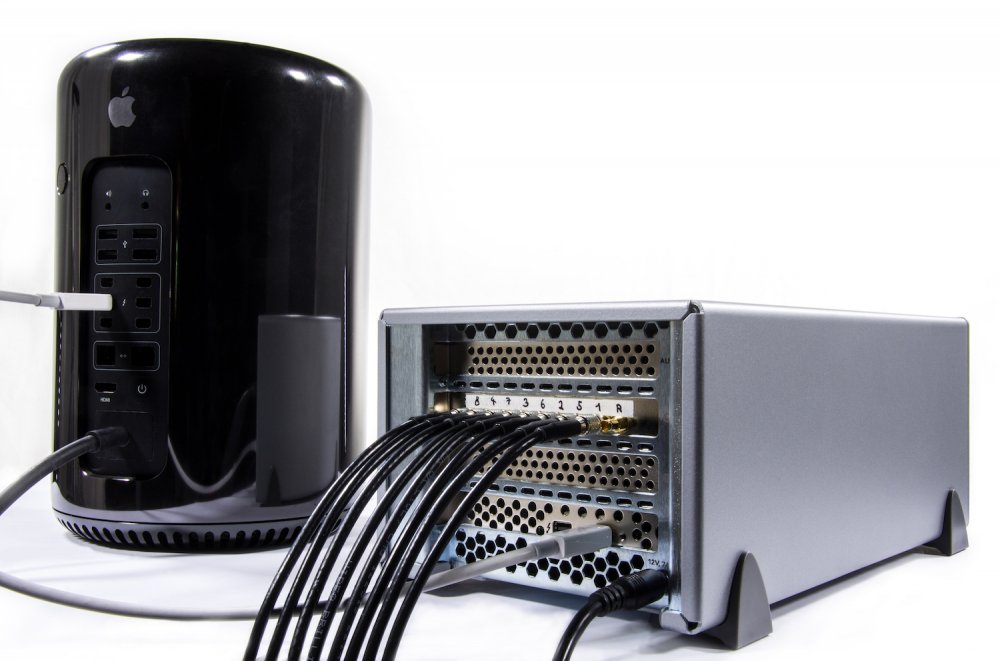 Most USB Webcams work with macOS out of the box without requiring a driver. That makes them the fast lane in getting started with your video productions.

iMacs and Mac laptops are equipped with a front-facing webcam called “FaceTime HD Camera”. This camera is used as the default camera when creating a blank mimoLive document. Because it has a decent quality it is often used to do capture yourself while recording with mimoLive.

When capturing presentations it may be possible that a presenter connects its presentation computer to a projector to be able to show their awesome PowerPoint presentations. The projectors often have a secondary video output where you can grab the signal from the projector again. We recommend the grabber hardware by Epiphan: DVI2USB . With a simple VGA to DVI adapter, you are able to use this device to capture a VGA signal as well.

Because Apple kicked out the FireWire port a long time ago you need to have a FireWire extension cable to be able to plug in your FireWire camera to the Mac. Once you have the connection mimoLive will be able to pick up the signal as well.

If you happen to have a PAL or NTSC analog video camera you can get the video to USB grabbers to bring in the video to mimoLive.

Setting Up The Video Device

In the Video and the Audio popup, you can select which video or audio hardware device you are going to use in this video source. The action gear buttons right next to each popup let you configure the settings of the associated device. They will look different for each type of hardware device you have selected. 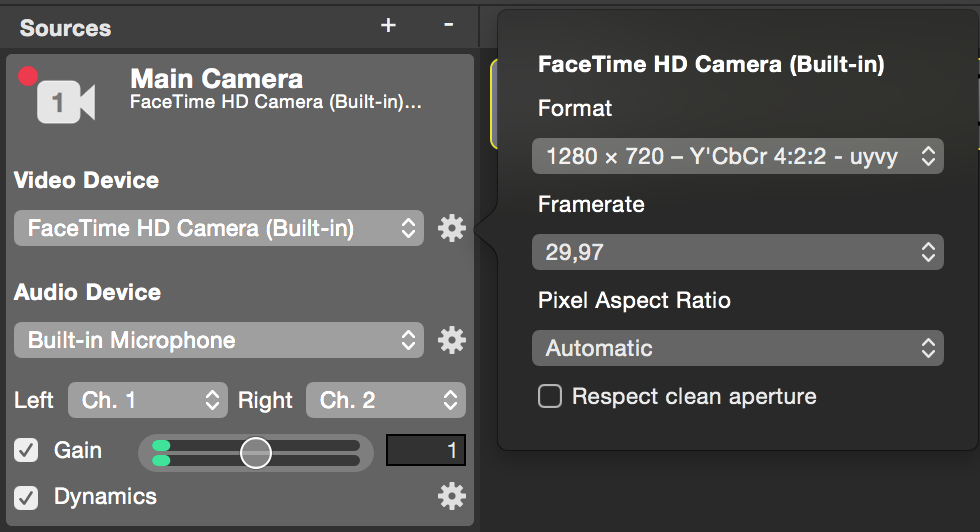 For the Video Device you have several parameters:

*Choose a video format for your hardware that matches the usage in your document best.
If you are using a certain video camera as a small face camera in the upper right corner of your 1080p production, the video of the camera doesn’t need to be 1080p as well. It will reduce CPU and GPU performance if you choose a much smaller resolution for this video device as it is only displayed in this small resolution.

*Choose a video frame rate for your video hardware that matches that of your document.
The input side is independent of the program output in mimoLive. Therefore the frame rates for the video source can be set independently from the program output rendering pipeline. Please choose a frame rate for your video device that matches the one in your document so that there won’t be any unnecessary performance hit on the CPU or GPU.

*The Video Resolution and Video Frame Rate are provided by the hardware device.
The selectable options for resolution and frame rate is not a “preset” of mimoLive by itself. If there is a certain video resolution missing then it’s because the video device doesn’t provide it as an option to mimoLive.

*The rendering pipeline in mimoLive runs always on square pixels.
Because the graphic cards in computers are calculating everything in square pixels, mimoLive is doing the same. Please take into account that non-square video sources will be scaled to square pixels in the video pipeline and therefore will look a bit blurry if you take a closer look.

Setting Up The Audio Device

Refer to the Audio Source for more information about configuring audio.